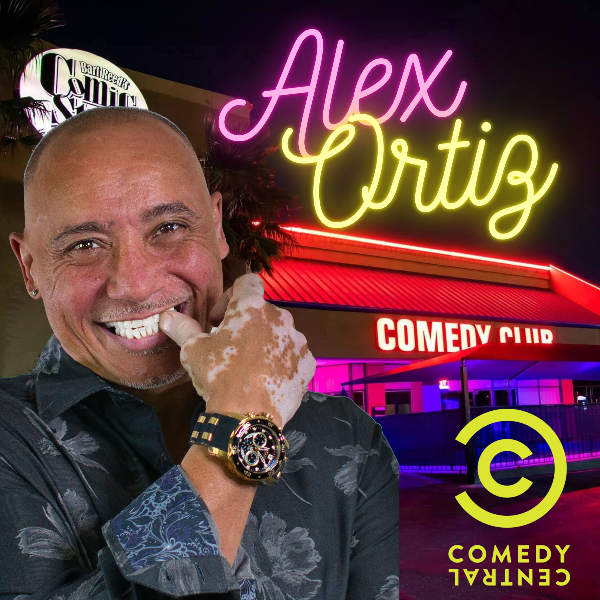 Along with working comedy clubs around the world, and his many TV appearances (HBO’s Bad Boyz Of Comedy, Comedy Central’s Premium Blend, Who’s Got Jokes, BET’s Comic View, Que Locos, Loco Comedy Jam, and Winning Showtime At The Apollos TKO Comedy Championship), he has performed for USO Tours in 15 different countries!

Over the years, Alex has shared the stage with the late Bernie Mac, Damon Wayans, Eddie Griffin, D.L. Hughley, and Bobcat Goldthwait, just to name a few.

Alex’s high energy, laugh a minute style, is guaranteed to keep you in stitches and wanting more. With a combination of life stories, and voice impressions that are uncanny, Alex Ortiz puts on a show you will not soon forget!