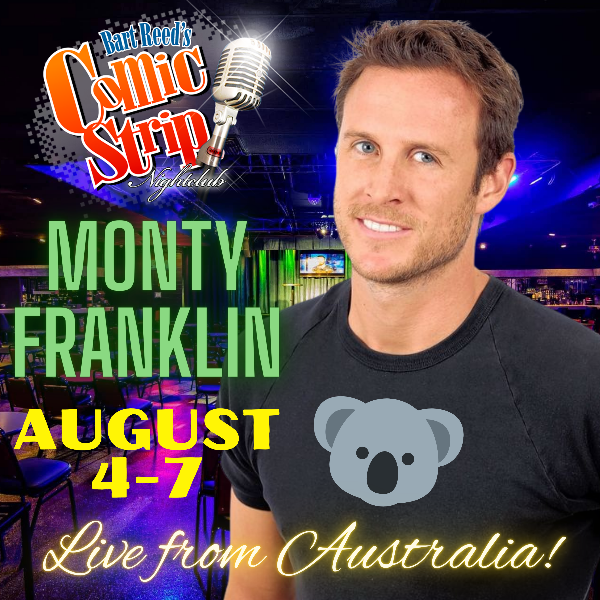 Monty Franklin is an Australian-born stand-up comedian now based in LA.

He tours all over the world headlining some of the biggest comedy clubs and also opens for Rob Schneider. He is currently appearing in Rob's new TV Show 'Real Rob' on NETFLIX, seasons 1&2.

Monty’s numerous television stand-up performances include AXS TV's Live At Gotham, Channel 10s The Circle, Foxtel’s Stand Up Australia, and as part of The Comedy Channel’s special – The Best Of Stand Up and Comedy Gold.

Performing sold out shows at the Melbourne International Comedy Festival in 2005, 2006, 2007 and 2010, he received wide recognition and praise for his shows The Full Monty and Monty McFly.

Monty has produced, written and starred in two TV Pilots of sketch-comedy show No Monkeys on Bikes for Channel 7, co-hosted a weekly radio show on Fox FM and produced a number of short films featured in festivals around the world.

Monty was the host of the pilot Tv Show 'Australia UpLate' and filmed a fourth pilot with Channel 7 for a comedy travel show.

Monty is now based in Los Angeles where he performs all over the country and world with legendary Saturday Night Live favorite Rob Schneider. Monty also headlines some of the most sought after comedy clubs in the world including The Improv Comedy Clubs, The Laugh Factory and Monty's name was recently added to the world famous Comedy Store in Hollywood, up there with all the greats like Eddie Murphy, Robin Williams and Steve Martin, he is the first Australian on the wall, a great honor. 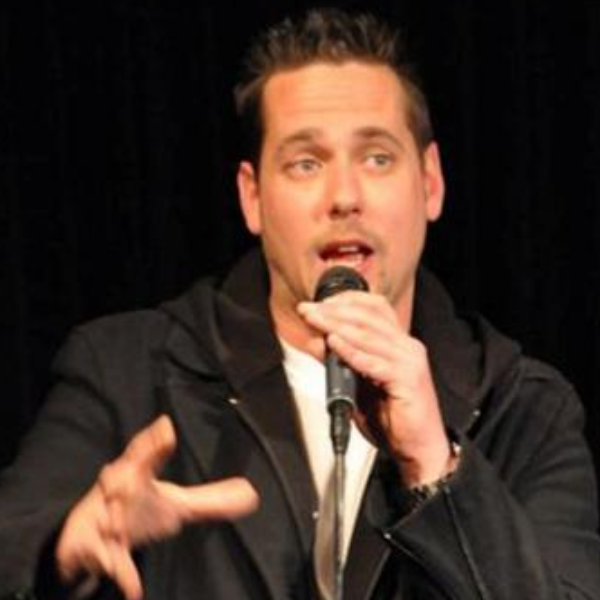 Born and raised on the burly streets of Chicago’s south side, Vinn grew up a resilient and street wise youth that was fascinated with stand-up at a young age. “When I was 8 years old, I was supposed to be asleep,” Vinn explains from the office of The Comedy Store as he prepares to host his third annual Toys for Tots charity show. “I decided to sneak and watch some T.V. and ended up watching Howie Mandel’s Watusi Tour. I thought it was the funniest thing in the world. Ever since then I was like, ‘I want do that. I can do that.’”

After graduating from Chicago’s Curie High School, Vinn signed up for the Marines when he was still a teenager. “I joined [The Marines] in October 1997.” Vinn ruminates. “I had to get my mom’s permission because I was still 17. I was a senior in high school. Two weeks after I graduated on July 7, I left Chicago and flew to MCRD San Diego. After I graduated boot camp I went to Camp Pendleton.”

After two Westpacs and five years in the Corp, Vinn eventually reached a Corporal ranking, before leaving the military to pursue his dreams in stand-up comedy. After a year of honing his chops on The Comedy Store’s open mic night, Vinn was eventually hired by the club and gradually rose through the ranks, much like he did in the Marines. Vinn currently serves as talent coordinator and handles some of the office work at The La Jolla Comedy Store and also works as a bartender on busy nights.

It’s the behind the scenes work experience combined with the all-too-valuable stage time that has helped Vinn develop as a performer over the years. “It’s not all jokes,” Vinn says of his training at The Comedy Store. “There’s a whole business side to it. It teaches you to be a better comic. Especially working here and being surrounded by comedy all the time. You learn more and understand how to do more.”

Vinn’s act has steadily grown over the years, with his material often touching on aspects of his time spent in the Marines, human sexuality and everyday observations seen through his personal perspective on reality.