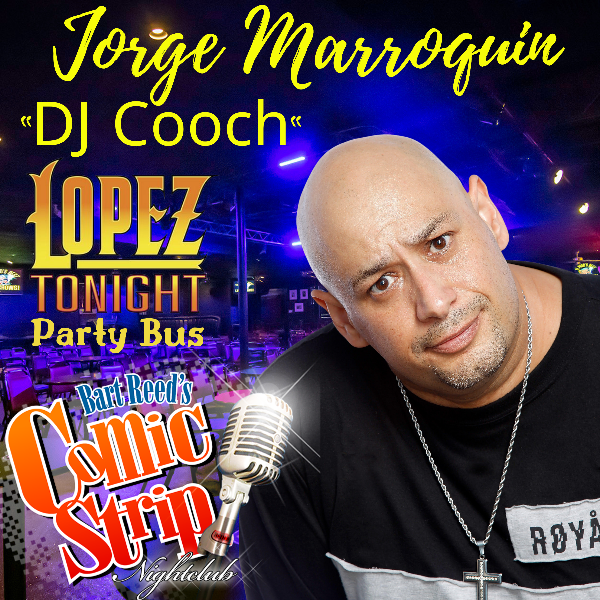 Without a single doubt, Jorge Aldama, ( a.k.a. Dj Cooch ), has proven himself to be one of the hardest working performers in the entertainment industry. Equally on in the dance clubs behind the turntables or behind the microphone at a comedy club, there seems to be no limit to the talent of this versatile performer.

For over a decade, Cooch has been hitting the west coast as a DJ/Remixer/M.C. He quickly went from backyard parties to hyping thousands at desert raves and different venues threw out the country, Celebrity parties, awards shows, concerts, Universal Citywalk’s New Year's Eve Celebration, and even his own show for two years on Citywalk known as the Latino Dance Party with the now defunct partnership Cooch and Xavier.

At many of these events, Cooch was not only spinning, he was, also, the show host. To the delight of audiences everywhere, it came to light that Cooch possesses the rare ability to walk onto any stage, pick up a microphone and immediately connect with any audience regardless of age or demographic. He has what is commonly known as the “gift of gab.” This skill, in addition to being fluent in English, Spanish and French, has landed him many gigs as a host such as MTV’S Rock the Vote 2001 with co-host Ashton Kutcher of that 70’s show, host and opening act for latino superstar Juan Gabriel in concert at Universal Studios Hollywood and many other events such as these throughout the country.

It also led to the discovery of his new found passion: stand-up comedy. After years of countless requests from fans and friends, Cooch finally made his comedic debut in 2004 at the Improv in Ontario, CA. decimating a full house with a hilarious routine that has audiences and industry insiders buzzing about this “super rookie”. And since then he has been getting big laughs in comedy clubs all over the country. In the four years that Cooch has been performing as a comic, he has surpassed to a comedic level that many comics have not achieved with years of experience. He is known as one of the only comics in such a early stage of his career to already headline and sell out shows. He has shared the stage with such comedic heavyweights as Carlos Mencia, Pablo Francisco, Anjelah Johnson, Tommy Chong, Steve Trevino, John Pinette and the list goes on and on. He recently was featured on L.A. TV’S hit show MAS COMEDY & also played the roll as himself on the TV show La Esquina which premiered May 9th 2007 on Mun2 Network starring multi platinum rap artist Pitbull and will currently we be featured in a major roll in the movie PRIMOS from Zula Entertainment which premiers in April of 2009. DJC is also scheduled to fly overseas later in the year to entertain our troops in Iraq and Japan. 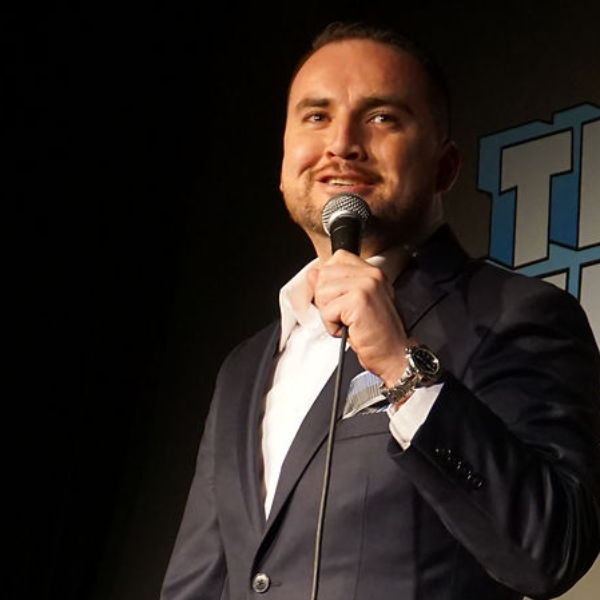