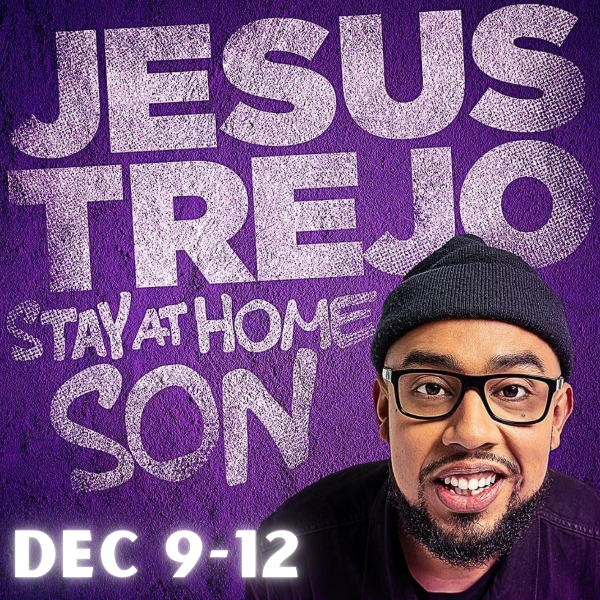 Jesus Trejo is one of the fastest rising names in the stand-up comedy scene. Born and raised in Long Beach, Trejo recently taped his first hour stand-up special STAY AT HOME SON for Showtime, set to air summer of 2020. He can be seen recurring as the role of Mr. Trujillo on the Netflix series MR. IGLESIAS, and in roles on ALONE TOGETHER (Freeform) and TEACHERS (TV Land). Jesus is also the host of Tacos Con Todo, the newest web series from Complex/First We Feast (HOT ONES) in which he navigates the LA taco scene with celebrity guests. Jesus was named a Variety Top 10 Comic to watch at JFL in 2017, and is a paid regular at the Comedy Store in Los Angeles.

Growing up in Philadelphia, being a comic was one of the last things on the mind of Lawrence Killebrew. Watching others enjoy themselves by engaging in different forms of entertainment always struck a chord with Lawrence. Lawrence eventually found his niche in the art of entertainment by offering his audience the therapy of laughter. The road of comedy he’s taken has had its bumps and bruises along with its triumphs. From getting booed off the stage to getting standing ovations, Lawrence has learned to remain humble and continuously work on his craft.

Killebrew first burst onto the comedy scene in November of 2004, at the Rascals Comedy Club in Cherry Hill, NJ. At the age of 23, Lawrence began performing at comedy franchises such as the LaffFactory, Improv, and Rascals comedy clubs located all over the United states, along with entertaining the younger generation of viewers at colleges and universities along the east coast. Since then, he has continued his journey from an amateur open mic performer, to an up-and-coming comic and has become a well-known and respected comedian.