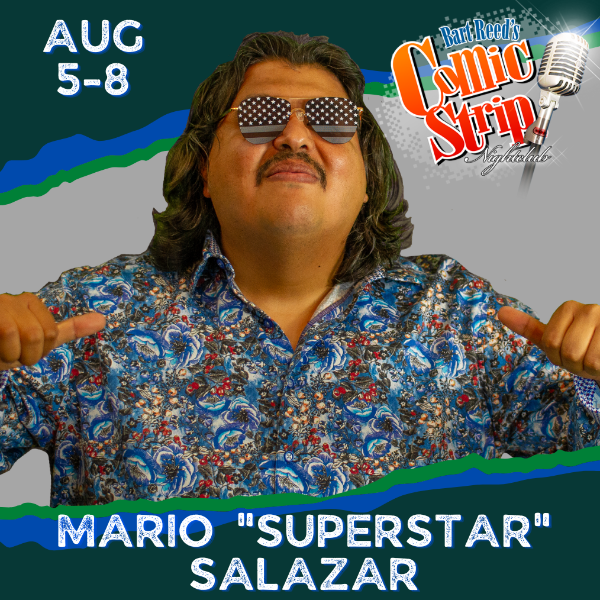 Mario Salazar, a 15 year comedy veteran, has toured and performed for audiences around the country shedding a humorous light on the everyday experience and the quirks of life on the Texas/Mexican border. Following a spectacular performance on Comedy Central Jeff Ross roasts the Border!!, Mario also became an internet sensation following his appearances as part of the 2018 NFL Draft. Salazar, a Los Angeles Chargers Super Fan, received coverage on ESPN, Fox Sports, and Nfl.com. Additional performances with entertainers such as Sinbad, Steve Treviño and Cypress Hill have only added more momentum to Mario Salazar's fan base. The well-rounded comedian shares anecdotes relating to his own life, military career, and past legal troubles, which he delivers with a quick wit and sharp tongue. Always smiling and energetic, “Superstar” pokes a bit of fun but takes it all in stride, sharing huge laughs with his audiences. The ever popular Salazar has even increased his audience in 2020 with the addition of fight commentary-style viral videos, with Salazar providing hilarious narration and play-by-play garnering millions upon millions of views and new fans! With a continuously growing fan base, Mario Salazar keeps touring and crushing it everywhere in support of his new comedy special: "Tentatively"