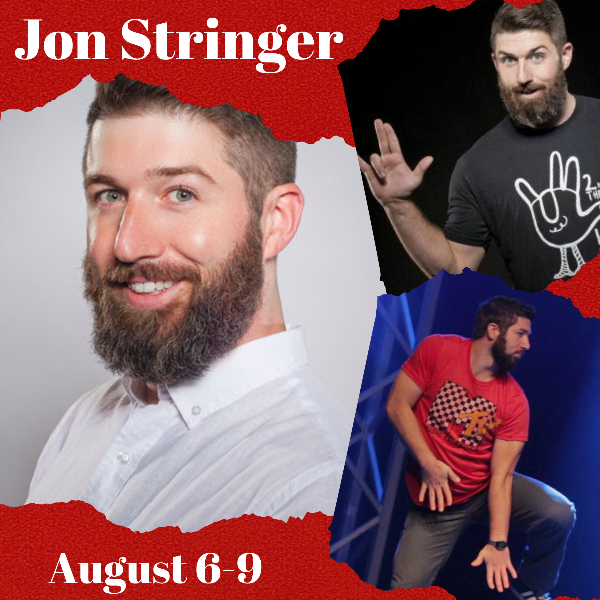 Jon Stringer began his career in entertainment shortly after graduating from Texas State University in San Marcos, TX in 2005. Early opportunities would include writing, filming, editing, and acting in sketch comedy skits with comedy groups Nothing Liquid & The Sniper Twins. He would later host and road manage for various reality shows; National Lampoon's Reality Bar Crawl, National Lampoon's Disorientation Tour, and E! Televisions' Night Club USA. It was on the road that Jon would find his voice and passion for stand-up comedy. The past few years have found him focusing his deep pool of creative talent into high energy stand up, quickly becoming one of Austin’s most promising comedians as well as a noteworthy producer and promoter. His comedy has proven to entertain every demographic from corporate gigs to college campuses.

He was a Finalist in the 2012 Funniest Person in Austin (FPIA), 3rd in the 2013 Funniest In South Texas (FIST) and has headlined for many tours and shows including Mr. Fest (San Marcos, TX), and The East Infection Tour. He has hosted, featured, and headlined among the likes of Shane Mauss, J.R. Brow, Thai Rivera, Juan Villarreal, Ian Karmel, and Jim David to name a few. His unique perspective combined with a commanding stage presence make him one of the most sought after new acts in Texas.

After working in every type of room- comedy clubs, colleges, one-nighters, country clubs, and corporate gigs- Jon developed an ability to read audiences, ensuring that they always have a good time during his show. His views on dating, pop culture, family, music, etc always come across as lighthearted and fun. To quote fellow comedian, Raymond Orta "Jon, your style is a mix between LIKEABLE ASSHOLE and GROWN UP BOY." Due to his insatiable work ethic, and substance-free lifestyle, Jon is exceedingly reliable on a professional level. Everyone from his peers to club owners would say that he is a genuinely nice guy who happens to be funny.